Following West New York Mayor Felix Roque’s definitive re-election campaign in May of last year, even the most savvy political observers would’ve had a hard time predicting that a retired Town Hall employee/funeral director would be Roque’s harshest opposition in 2016. 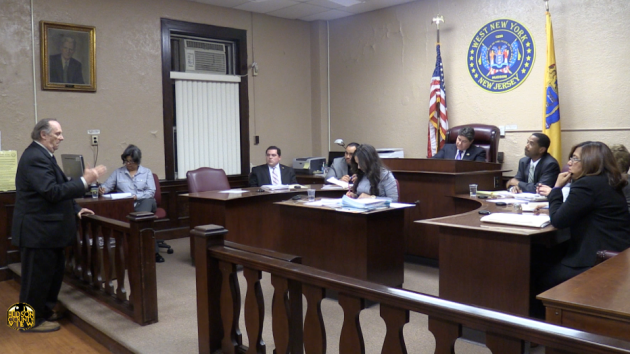 Ron Scheurle, a constant presence at West New York Board of Commissioners meetings for many years, is known for calling out Roque and members of his administration for anything ranging from garbage collection to unjustified employee raises.

For some, it was easy to write Scheurle off as a disgruntled former employee with nothing better to do but complain, but it was impossible to ignore that Scheurle almost quietly campaigned his way into a board of education seat last year.

While he came up short by just 98 votes, many wrote off his candidacy this year, even though he drew the coveted top spot on the ballot.

That proved to be a critical error, as Scheurle finished with 2,891 total votes – the most of anyone in the local BOE race.

Scheurle prevented the Roque-backed Children First team from pulling off a clean sweep for the second year in a row.

In a lesser known fact, he was also sworn into the West New York Housing Authority board on Monday, officially securing the governor’s appointment on the board.

At a glance, this may not sound too bad for the pro-Roque establishment, and realistically it’s not going to really change anything, but also recall that Scheurle’s watchdog tactics got the Department of Community Affairs to briefly awaken from their peaceful slumber and tell the town to stop having the Department of Public Works oversee their crossing guards.

Sure, DPW Superintendent Silvio Acosta will remain in charge of the crossing guards, but at least a guy like Scheurle keeps everyone on their toes and makes things at least a little bit interesting.

If you’re keeping score at home, Roque thanked Scheurle for bringing the crossing guard situation to his attention. 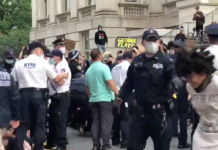 Fulop reacts to George Floyd murder: ‘It speaks to the centuries old racism and biases’