â€œThis targeted enforcement action focuses on the arrest of individuals convicted of serious crimes and are a threat to public safety. Because of the targeted efforts of these professional officers, there are 115 fewer criminals in our communities.â€

Out of the 115 foreign nationals arrested between January 27th and February 1st, 84 percent either had prior criminal convictions and/or pending criminal charges, the ICE Newark Office said yesterday.

In Hudson County, a 44-year-old Salvadoran national who has a conviction for the offense of endangering the welfare of a child, was detained in North Bergen, officials said, along with a a 40-year-old Mexican national who has convictions for child abuse, driving under the influence, and domestic violence. He was arrested in Guttenberg.

Last month, the U.S. Department of Justice announced that they would be joining Cape May County and Ocean County challenge of the Immigrant Trust Initiative, which limits NJ’s law enforcement officers cooperation with ICE and other federal immigration authorities.

Grewal, who announced the directive at Jersey City’s Liberty State Park back in November 2018, said in response to the suit that the ITI “helps us protect public safety by ensuring that victims and witnesses come forward and report crimes to law enforcement without fear of deportation,” noting that they will settle this in court at the appropriate time. 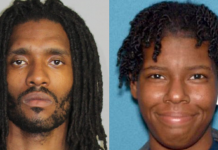