West New York Parking Authority Executive Director Jamie Cryan is poised to be named the town’s new business administrator at tonight’s board of commissioners meeting, according to multiple sources. 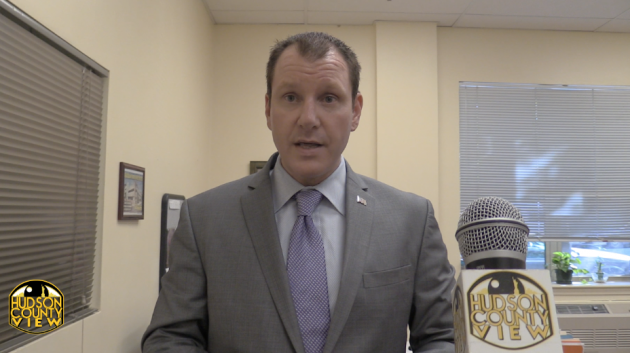 Cryan, who currently earns about $90,000 a year as the head of the town’s parking authority, is expected to receive a contract worth $120,000 a year to serve as West New York’s new business administrator, multiple sources confirmed to Hudson County View.

The sources, who spoke under the condition of anonymity since they were not authorized to speak on the matter, added that Cryan’s current agreement with the parking authority would have entitled him to a significant raise for the next fiscal year.

A former Hoboken Democratic Committee chair, Cryan had his contract at the parking authority renewed back in July, and in a one-on-one interview, expressed enthusiasm for introducing a phone app that allows people to pay for parking – also noting that West New York has the lowest parking rates in Hudson County.

Cryan would potentially replace Matthew Watkins, a former director of the New Jersey Division of Local Government Services, who earned $196,000 a year.

Watkins left West New York on October 2 to accept the same job with the Township of Bloomfield, where he lives.

While there has been no interim business administrator in Watkins absence, many have consider Weehawken Mayor Richard Turner to be filling that void as a special projects consultant.

As of this writing, no one has been selected to fill in as the parking authority executive director if Cryan is appointed as the new B.A.

Multiple town officials did not immediately return calls seeking comment, but a copy of this evening’s agenda has the appointment of a new business administrator as the first item.

Judge dismisses 2 of 3 counts in Roque case, but bribery...