A Hudson County sheriff’s officer has been suspended without pay after crashing into a Bayonne bar and being charged with driving while intoxicated, officials said. 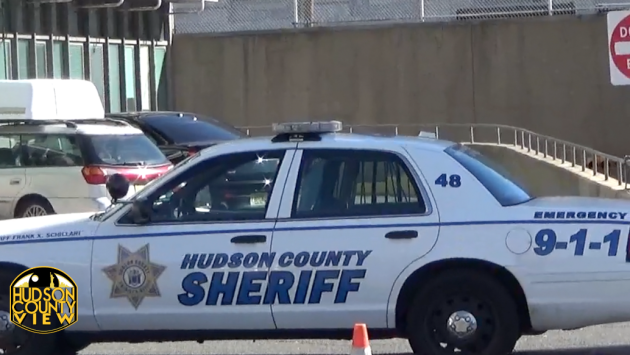 Alex Ferrer, 41, of West New York, was charged with DWI within 1,000 feet of a school (Beacon Christian Academy) and reckless driving after crashing his civilian vehicle into a Bayonne bar early Saturday morning, according to Police Capt. Janine Foy.

Ferrer was driving south on Avenue E in a Jeep Grand Cherokee when he swerved onto the sidewalk and struck the southwest corner of Lot 13 Longbar & Restaurant, located at 169 Avenue E, at around 4:19 a.m., authorities said.

He was transported to the Bayonne Medical Center after complaining of pain and was treated and released. Blood toxicology results are still pending and the Bayonne Fire Department responded to the scene to assess the building and said it was still structurally sound, police said.

Sheriff’s office spokesman J.P. Escobar confirmed that Ferrer has been suspended without pay as a result of the incident and that an internal affairs investigation is underway.