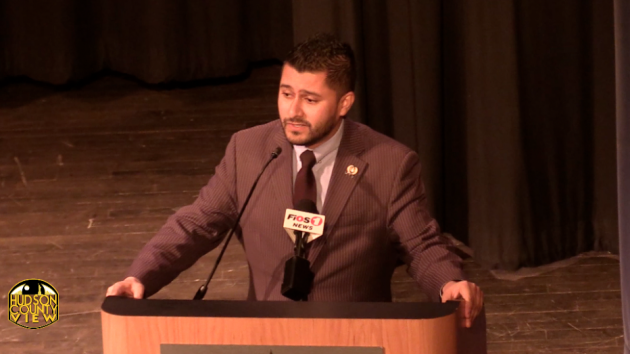 â€œAtlantic City is facing a serious crisis, and its bankruptcy would have a ripple effect on other municipalities, including urban cities in my district that would face credit downgrades in challenging times,” Mukherji said in a statement released late this afternoon.

â€œTo that end, Speaker Prieto has offered the participation of the Assembly in crafting PILOT and takeover legislation that would allow Atlantic City â€“ a vital economic contributor to our state â€“ to avoid insolvency without an opt-out provision that would undermine the PILOT agreement if voters approve North Jersey casinos in order to keep the stateâ€™s gaming industry viable.”

Mukherji, a longtime supporter of bringing casinos to North Jersey, believes that Atlantic City can still be saved: despite a whopping $437 million in debt.

If legislation is not passed in short order, a three-week shutdown of the city, beginning April 8th, appears inevitable (h/t Philly Voice).

â€œFurther, critical details in the proposed legislation would be considered in a measured way, so that possible alternatives are considered. Having discussed the matter at length with Mayor Guardian and other stakeholders, I stand with Speaker Prieto in insisting that the Assembly be a part of the process of saving Atlantic City.â€

Prieto and Christie traded blows on the subject last week, with the governor claiming that Prieto was playing “public sector union politics” for the best interests of Jersey City Steven Fulop – who recently launched a website calling for Christie’s resignation and seems like nearly a sure thing to run for governor next year.

The Assembly Speaker retaliated that real problem here is Christie’s inaction, given that Atlantic City has been under state supervision since 2010 and under Title 52, the state has the power to intervene if a municipality is going to default on their debt payments.

Bayonne police arrest man for shots fired, not believed to be...