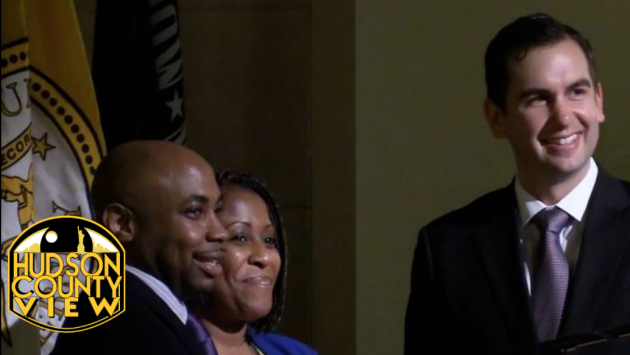 T. Missy Balmir currently lists her job as the Chief of Staff to East Orange Mayor Lester Taylor, according to her Facebook page, though the Balmirs likely have a relationship with Sweeney through mutual connections in the labor union.

Sweeney was a union ironworker prior to getting involved in politics, currently serving as the vice president of the International Association of Bridge, Structural, Ornamental and Reinforcing Iron Workers, while Gerard Balmir is the government and community affairs director of the Laborers’ International Union of North American (LIUNA).

While Fulop did not immediately return inquires for comment from Hudson County View, he told Politicker NJÂ earlier in the day that â€œI have never met anyone whoâ€™s more disloyal or dishonest” when asked about the situation.

As Politicker NJ also reported, and as sources have additionally confirmed, a recall of Gerard Balmir is now a realistic possibility. In that event, who would potentially replace him?

Why not the man who he defeated for the freeholder seat last year, Jeff Dublin? Dublin tells Hudson County View the scenario makes perfect sense.

When asked to react to the Balmirs current woes with Fulop and the HCDO, Dublin said Gerard Balmir should have at least had the foresight to sit down with Fulop before even entertaining any type of offer from Team Sweeney.

“If it was me, and the mayor of my home town was thinking about running for governor, and he supported me for the freeholder seat, I would at least sit down and have a meeting with my mayor and the party leaders,” he explained. “That’s where it should lay before anything.”

Dublin currently works at the deputy executive director of the embattled Jersey City Incinerator Authority, a position he’s held since 2009.

His battle with Gerard Balmir came in at No. 9 on Hudson County View’s 2014 Feuds of the Year list.

Gerard Balmir did not return calls or a text message seeking comment, while Sweeney’s office declined to comment on the matter.

Gilmore on DeGise: ‘These behaviors are not indicative of someone in...