Bayonne Mayor Jimmy Davis has issued a formal statement in response to the pending recall effort against him led by a childhood friend, calling the accusations of the group “baseless and wholly inaccurate.” 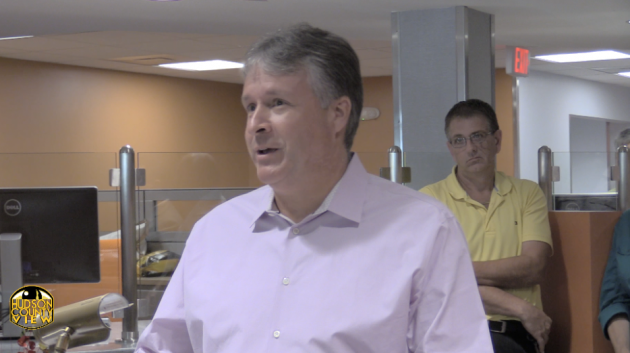 â€œThe initiation of recall procedures serve the political interests of the very few who would rather see Bayonne move backwards. The accusations of this group are baseless, and wholly inaccurate,” Davis said in a statement issued yesterday.

“Naming a few: The â€œgarbage trainâ€ will never come back; I wonâ€™t allow it. â€œBackroom dealsâ€ are things of the past that play no part in this new era of good government. A retroactive teachersâ€™ contract was secured during just the second month of my term, ending years of tension and bad feelings.”

Back in February, only Hudson County View reported that Bayonne’s $56 million ship-to-rail facility will be used â€œto transfer containerized cargo from the Global Container Terminal,” according to the Port Authority. The city also said at the time that the port would not be used to transfer garbage.

Davis also said his administration is “committed to restoring a sense of community and pride” by improving parks roads and opening the doors to development “so that the world can see the value our city has.”

The mayor made similar remarks last week when addressing a tax reval for the city, claiming the procedure was initiated for “purely political” reasons.

Pat Desmond, who has known Davis for 40 years, has both helped initiate the reval process, which must occur by 2019, and put his name on the recall effort – despite helping Davis get elected to office less than two years ago.

Joining Desmond in the recall effort are Michael Alonso and Donald Baran, Jr.

City Clerk Robert Sloan told Hudson County View last week that the recall effort was stalled due to “a minor deficiency” where the group did not indicate if the recall should be held with the general election or a special election.

Desmond said this morning that the deficiency has since been corrected and is expecting to start collecting signatures today.