Outgoing Assemblyman Carmelo Garcia (D-33) says that despite running for the Ward 6 Council seat in Hoboken, he will be working until the day his term in the statehouse expires – looking to introduce three NJ Transit improvement bills at the next Assembly hearing.Â 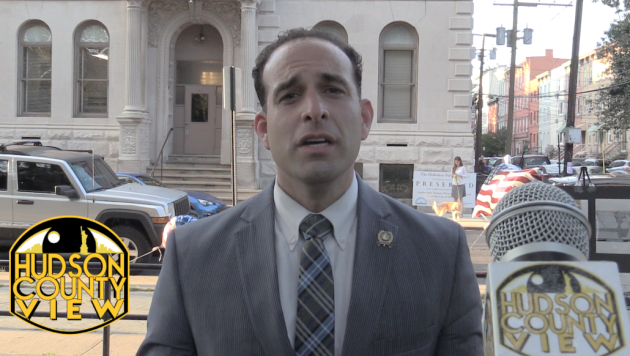 During a conference call with a handful of media outlets yesterday, Garcia spoke about the The Fare Affordability and Ridership Empowerment (FARE) Act, the The Transparency, Responsibility, and Accountability in New Surcharges and Increases in Ticketing (TRANSIT) Act and the Transit Ridership and Innovation Participation (TRIP) Act.

He said the FARE Act is to ensure that discounted Transit fares that exist for senior citizens, students and the disabled can not see more than a two percent increase in the next three years.

In short, the TRANSIT Act intends to keep Hoboken and Jersey City commuters more engaged when fare hikes are on the table. Garcia said he was disappointed that NJ Transit did not hold a public hearing in either city when fares were increased by 9 percent back in July.

The legislation would require NJ Transit to to hold four public hearing prior to any fare hike being approved, as well as three more within one month of the implementation of the fare hikes – within the affected counties.

“We want Hoboken and Jersey City more engaged in the process and we want more transparency in these types of situations,â€ Garcia stated at the call, noting that the NJ Transit board would have to be present at each meeting – something that is not currently required.

He said the bill also wants to make sure public testimony is heard before a tax hike is voted on, otherwise, the testimony is pointless.

Finally, the TRIP Act is meant to establish a tax credit designed to encourage cost-sharing among employees and employers for means of public transportation commuting.

The tax credit program would provide employers a 15 percent income tax credit, under the corporation tax credit, for the amount of public transportation benefits provided to employees. The credit is capped at 15% of the commuter costs and $150 per employee.

Garcia explained that the specifics of the tax credit model will be “open to the employer,” and companies can show who is using public transportation “by virtue of submitting an application.”

Generally speaking, Garcia concluded by stating that he feels all three bills are mutually beneficial for commuters and NJ Transit.

“We shared our concerns with NJ commuters, my constituents. Weâ€™re keeping them engaged every step of the way,” noting that his office has been also been in contact with NJ Transit during the process.

Additionally, state Senator Ronald Rice (D-28) is expected to introduce the bills in the Senate within the next week, Garcia said.